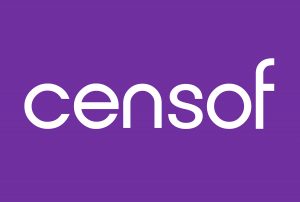 This contract, valued at RM17.86 million, involves the development of a commercial vehicle licensing system for a tenure of 36 months, commencing from 1 April 2021 until 31 March 2024. The licensing system generally caters for the application of commercial licenses for land transportation.

“This contract is a testament of our work in digital transformation and this marks our initiative to strengthen Censof’s position as a significant player in providing software solutions to the government agencies, which will ultimately contribute positively to the Group’s bottomline. With this said, I would like to express my gratitude to MOT for their trust and confidence in us as we continue to deliver and meet the standards expected by MOT,” said Ameer Shaik Mydin, group managing director of Censof.

“We will constantly stay abreast with the latest developments on innovative technologies for businesses needs and to capitalise on our new experiences, knowledge and capabilities to create and provide improvements to our existing products and solutions,” he added.

To recap, Censof was awarded a contract by the Ministry of Finance in early January this year to provide maintenance and support services for the government’s budget management information system, MyResults. The contract, which is valued at RM10.12 million, is for the tenure of 24 months, from 1 January 2021 to 31 December 2022.

A challenged world is an alert world. Individually, we’re all responsible for our own thoughts and actions – all day, every day.

From challenge comes change, so let’s all choose to challenge.

Ang Hsin Hsien – We live in a man’s world, no pun intended. I learned that at times it can be quite tiring to exist in a world, by default, not designed for you. And we as women, adapt.

Digitalization offers a clean slate and a variety of opportunities for women participation from the labor force, financial markets, entrepreneurship, or even be part of the gig economy.

Armed with our softer social skills, empathy, and willingness to adapt to changing circumstances, women now have the potential to bypass some of the traditional cultural and mobility barriers, work flexibly and distantly.

So, we have gone a full circle, the world is now built for us.

Siti Safiah Yahaya – As a mother, daughter, wife, career lady, and in a leadership roles, we need to embrace digital technology either to educate people around us, or learn from them.

Lena Lee – With the increasing number of women participation in the workforce, we should embrace the power of the latest technology and implement it in our work as it proven to simplify our work and increase operational efficiency. Technology knowledge makes it more possible for women to have a career, contribute to nation’s building and still handle the domestic role.

Mazlina Mat Nawi – The role of women in the digital industry will boost the economy if allowed for their full participation in society. My wish on IWD2021 for all the women around the globe is for everyone to support every woman and respect everything they do because they deserve it. The world will soon learn to treat women the way they deserve to be treated.

Amutha – With the increased participation of women in the tech sector will boost the economy and allow for their full participation in society. Digitalization offers a variety of opportunities for female empowerment and for a more equal female participation in labor markets, financial markets, and entrepreneurship. Currently, digitalization seems to favor the female labor force that faces a lower risk of being replaced by machines, as compared to the male labor force. Women’s often superior social skills represent a comparative advantage in the digital age, and this is particularly when social skills are complemented with higher education and advanced digital literacy.

”What we women need to do, instead of worrying about what we don’t have is just love what we do have, Never be limited by other people’s limited imaginations.”

Dini Anggraini – The digitization of technology has greatly influenced various areas of life. Become a woman is not a barrier to new innovation. The role of women in the digital industry has grown, it is proven by many female developers, female leaders, and other professional rankings even to C-level management, which proves that women have equal opportunities and potential roles as men in contributing to the digital industry.

Happy International Women’s Day, be a person full of dreams and love. 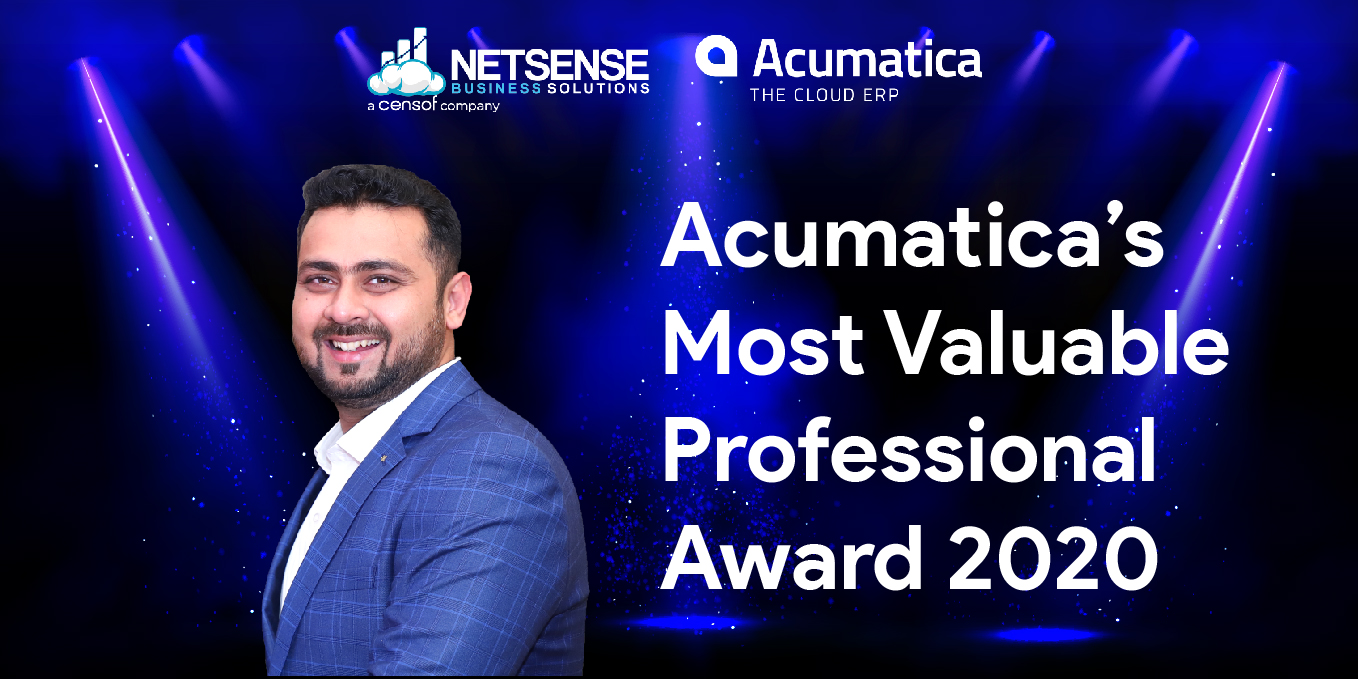 Petaling Jaya. 1 March 2021 – Netsense Business Solutions’ Chief Executive Officer (CEO), Abdul Rehman was named Acumatica’s Most Valuable Professional (MVP) 2020. He is the only MVP named in Asia currently. The Acumatica MVP Program was created to show tangible gratitude to community members who actively participate and contribute in growing and improving Acumatica’s cloud ERP solution and cloud xRP platform by engaging in various activities organized by Acumatica for the benefit of its community.

The award announcement was made by Ajoy Krishnamoorthy, Executive Vice President, Products and Chief Strategy Officer of Acumatica during Acumatica 2021 R1 Virtual Launch Event. The esteemed title is awarded to Abdul Rehman in acknowledgement of the passion, commitment and support he has shown towards the continued success of the Acumatica community. Acumatica’s MVP is described as an individual who has influenced the growth and direction of Acumatica in a positive way through sheer passion and dedication. Abdul Rehman is the founder and CEO of Netsense Business Solutions’ companies since 2013. His experience in Mid-Market ERP applications, paired with his vision, leadership and knowledge in the industry has boosted Netsense’s success and growth in the recent years as ERP specialist.

“I appreciate the recognition from our technology partner, Acumatica, and I would like to thank my colleagues at Netsense and the management of Censof Holdings Berhad for their support and guidance. Receiving this honour for the first time has inspired myself and my team to strive for continuous success and growth. It is indeed a proud moment for us to be recognised and be given this award and to be the only MVP in Asia currently,” said Abdul Rehman. 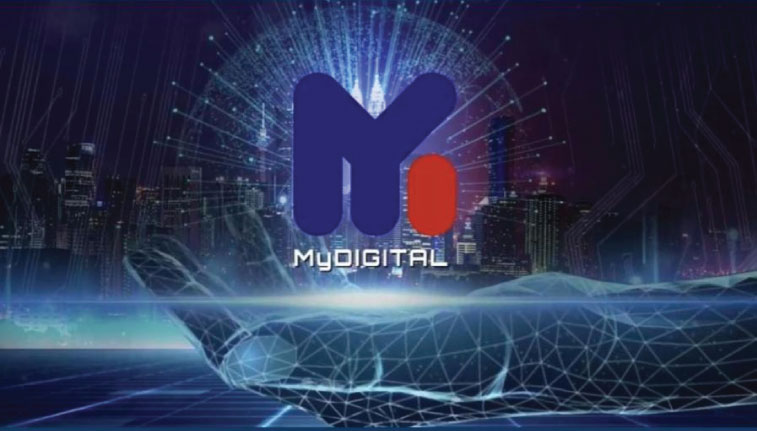 Prestariang Systems Sdn Bhd, a unit of AwanBiru — formerly known as Prestariang Bhd — has been appointed a managed service provider (MSP) to manage cloud services for the government.

TM, on the other hand, has received conditional approval to provide services to the government for the migration of 80% of public data into the hybrid cloud system by end-2022. This is expected to translate into lower government cost in information technology management and better efficiency in the collection and management of data.

Besides TM, the other international cloud service providers named for the task were Microsoft, Google and Amazon.

Market observers opine that the impact of upcoming contracts on their bottom lines will only be seen over a long-term period of 5 to 10 years.

“Note that the contracts that will be awarded to the said beneficiaries of Malaysia’s digital blueprint are for the long term. The impact on bottom lines will not be seen immediately, but rather, be visible only over the next 5 to 10 years. For now, we can only tell that negotiations have begun,” Areca Capital Sdn Bhd CEO Danny Wong tells The Edge.

He adds that any impact and true value arising from the deals will depend on the details of the actual contracts when they are awarded, and thereon, the earnings, which will then reflect the execution and good delivery records of these technology partners.

TM reported a 26% increase in net profit to RM329.4 million for the third financial quarter ended Sept 30, 2020 (3QFY2020), from RM261.3 million a year earlier, which is partly attributed to the working from home shift amid the Covid-19 pandemic.

Revenue for the quarter fell 5.7% to RM2.69 billion from RM2.85 billion for the previous year’s corresponding quarter.

The sequential increase in revenue was attributed to higher contribution from voice, internet and data services. Lower operating cost, as a result of cost optimisation programmes, contributed to the increase in net profit.

During the quarter, TM said it invested 15% of its revenue in capital expenditure (capex), amounting to RM400 million, on network optimisation.

In a filing, it said 50% of the amount was invested in network access, 17% for its core network, and the balance 33% on its support system.

When asked if TM’s recent earnings improvement was sustainable and if there would be further upside to its share price, Foong opines that TM will continue to enjoy good growth in its fibre broadband, backhaul leasing and ICT businesses, while cost savings will see its Ebitda margin rising further from FY2019’s 35.2% to 39.5% in FY2022 forecast. CGS-CIMB raised its target price on the stock to RM7 from RM5.60 previously.

Meanwhile, AwanBiru remained in the red for the first quarter ended Sept 30, 2020, with a narrowed net loss of RM968,000, from RM3 million in the same period the previous year. Revenue was RM35.5 million, 7% lower from RM38.1 million earlier.

The group said it made substantial progress in its rationalisation plan to monetise non-core assets and reduce operating cost by disposing of non-core assets and loss-making operations over the year. This helps strengthen overall cash flow and is expected to improve future results.

RHB Research analyst Lee Meng Horng believes that there will be more opportunities in the e-government space with the launch of MyDIGITAL. AwanBiru, which offers a full suite of cloud-based products, is looking to drive and promote digital adoption in the public sector.

That said, Lee is bearish on the stock as AwanBiru’s share price has run ahead of fundamentals. This is owing to the “uncertainties on its earnings sustainability, the discontinuation of it being a Microsoft Channel Partner, and the expiry of its Master Licensing Agreement 3.0 with the Malaysian government, which contributed more than 90% of group revenue”.

“These factors could continue to undermine the firm’s turnaround efforts, despite it scoring a recent contract win,” Lee says in a report. RHB Research had previously ascribed the stock with a “sell” call with a target price of 32 sen.

While actual contracts for MyDIGITAL have yet to be announced, a significant contribution to both TM and AwanBiru’s bottom lines can be expected.

“The digital blueprint is a timely and much-needed plan to drive the country’s digitalisation economy. Stocks of online-based businesses or operations related to cloud and e-payments will stand to benefit as more announcements are made,” says Rakuten Trade Research vice-president Vincent Lau.

Worth noting is that digital banks and technology-related companies are also potential beneficiaries of the MyDIGITAL blueprint.

Lau points out that the digital initiatives will give technology stocks “legs to run” for some time after their share prices have reached fairly rich valuations. Interest in technology stocks is expected to be sustained for the long term.

“Retail participation will be sentiment driven until the actual contract awards to the intended companies. This positive [run] will flow to the second- and third-tier players, something that is encouraging as glove stocks are taking a breather.

“Everyone [technology and related players] will stand to benefit. With the advent of technology and issues such as global chip shortages, you can see the trends that will be pushing the digital economy forward,” Lau notes.