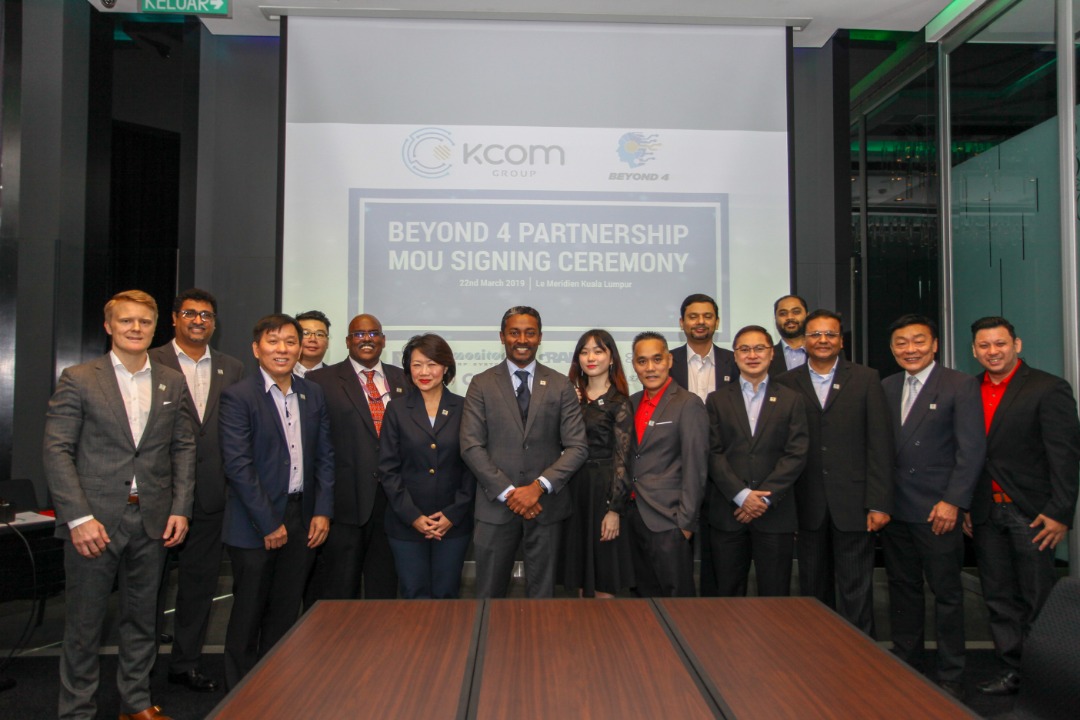 Kuala Lumpur, March 22nd, 2019 –  Some local and foreign technology service companies are collaborating with each other to enable small and medium enterprises (SME) in Malaysia to transform their traditional manufacturing sites into smart factories.

“Now, it seems possible for Malaysian manufacturing industries adopting the internet of things, wearable technologies, robotics, artificial intelligence and some of the other technologies implemented to transform traditional factories into smart ones.

“We will map the journey every step towards digitization,” he said at the signing ceremony of MoU between KCom and other nine technology service companies.

Rubaneswaran said the partnership is the first of its kind in the country and will be a game changer to empower Malaysia as a leader in digital economy in Southeast Asia.

“If local manufacturers don’t adopt the fourth industrial revolution (IR 4.0), they will lose out on market share. Based on our survey, smart factories can enable the Malaysian manufacturing industry to immediately increase their return on investment in overall productivity within six-12 months.

Rubaneswaran said in total, stockholding and overhead cost saved can be as much as RM500,000 and that could easily cover the installation of smart factory technology.

“According to a KCom’s study, 85 per cent of more than 2,000 manufacturers in Malaysia are expected to see cost reductions and revenue gains from digitisation efforts in the next five years,” he said.

Under the terms of the contract with PERKESO, Century Software’s scope of work includes comprehensive maintenance for Standard Accounting System for Government Agencies (SAGA) compliant accounting software and also to provide an application server with disaster recovery solutions. The contract will be for 3 years.

“Our goal is to be able to provide our clients with expert guidance, state-of-the-art tools, and exceptional knowledge to solve their technology challenges. This goal continues today and we have grown and currently have over 80 government agencies as clients. Each of these groups has different needs, and we always work to meet those needs, by innovating new solutions to make things easier, faster, better, and more effective. “he added.

With more than 20 years supporting government agencies around the country, Century Software continues to be recognized as the leading government financial management solutions provider. Century Software also provides digital platforms and services for businesses and governments by leveraging on the power of cloud and mobile, combined with technologies such as automation, cognitive and blockchain to elevate and drive modern digital experiences that are more efficient, helpful and satisfying.